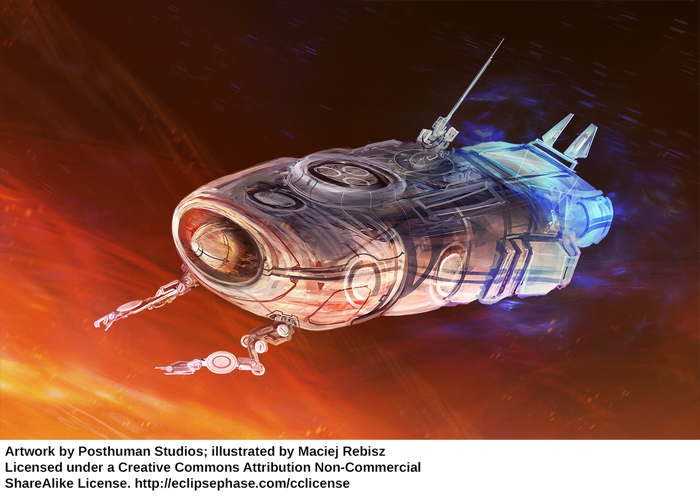 
Delta-V: I ﬂew one of these into the sun once. I have never been so terriﬁed in my life. Can’t wait to do it again.
Rivet: The sundiver is actually a fairly good all-purpose synth and there’s a lot of groups that have started using them in high heat and high rad environments other than suns. If you swap out the propulsion system for something that’s a little slower and gives a bit more control, they make pretty good gatecrashing morphs as well.

Retrieved from "https://eclipse-phase.fandom.com/wiki/Sundiver_1e?oldid=415"
Community content is available under CC-BY-SA unless otherwise noted.