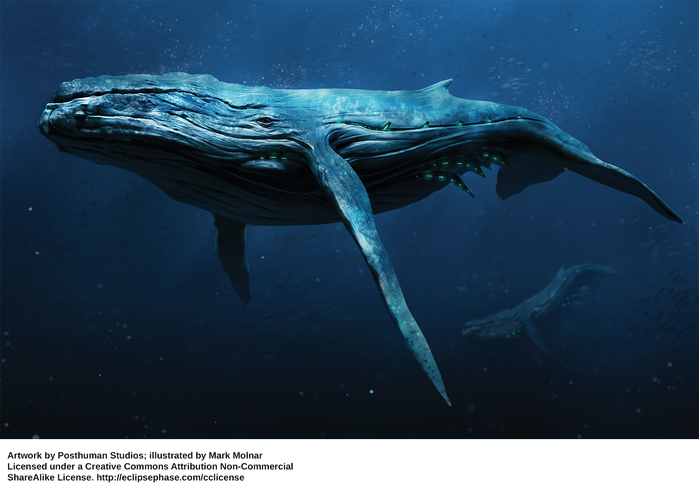 Skinwalker: It’s a rare privilege to take a swim in one of these. Anyone had a chance?
Ruqinzhe: I have. I won a bet in an online gambling tournament where my opponent had put his morph on the table. Turns out I beat a neo-whale. I didn’t have the heart to tell him I cheated, so I simply took it for a spin for a week before giving it back. Majestic.

Retrieved from "https://eclipse-phase.fandom.com/wiki/Neo-Whale_1e?oldid=343"
Community content is available under CC-BY-SA unless otherwise noted.