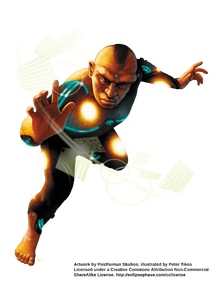 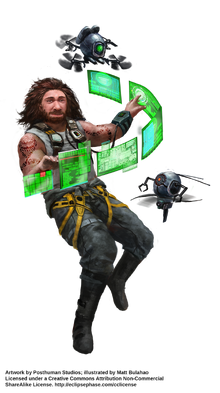 Cacophonous: First person to make a low-brow joke gets cut.
Shark-Souled: There’s a small but efficient neo-neanderthal terrorist outﬁt that has bombed several body banks that offered neanderthal morphs to non-neanderthals. They argue that as a species, they should be in control of their own genetics. They’ve even gone so far as “repossessing” morphs that were in use.

Retrieved from "https://eclipse-phase.fandom.com/wiki/Neanderthal_1e?oldid=335"
Community content is available under CC-BY-SA unless otherwise noted.