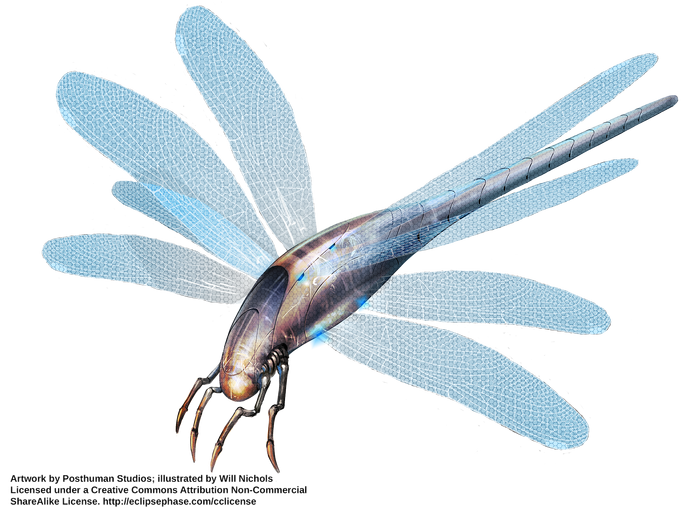 
Pivo: The wing design is an excellent example of biomimicry. Each wing can operate independently and rotate on its axis, meaning this morph is capable of hovering, sudden bursts of acceleration, hairpin turns at any speed, and so on. It takes some practice getting used to the full capabilities.
Nevermore: I’ve heard a few neo-avians talk about having difﬁculty coping with the different ﬂight mechanics.
Eludere: These things are a lot quieter than you’d expect. Good for surveillance and stealth ops.

Retrieved from "https://eclipse-phase.fandom.com/wiki/Dragonfly_1e?oldid=394"
Community content is available under CC-BY-SA unless otherwise noted.